NORTHAMPTON — Donald Perry is thankful to be home, but angry, too, that it took him two years and eight months to get back.

More than a dozen people welcomed him back from state prison Friday evening with cake and coffee at his lawyer Luke Ryan’s office.

Perry, the former Amherst soup kitchen coordinator, was arrested on charges related to break-ins into a house and car in Leverett in August of 2011 where an iPad and money were stolen. He was on parole, and it was revoked.

A jury acquitted him in court, but it took him this long to get back out. 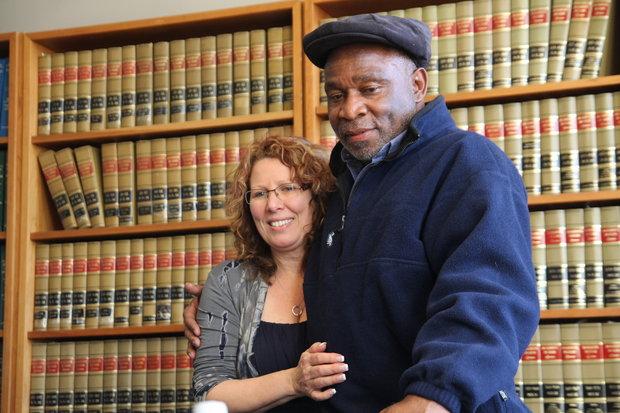